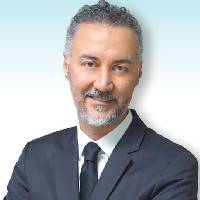 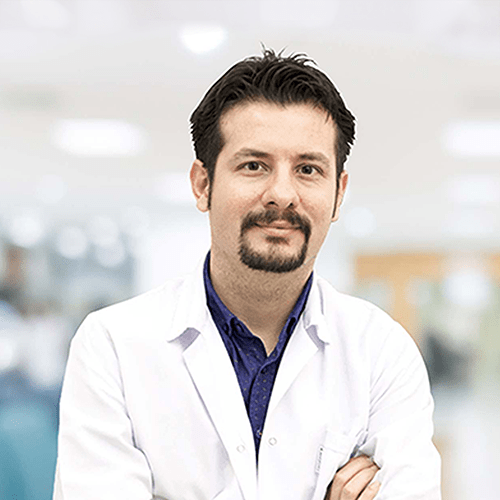 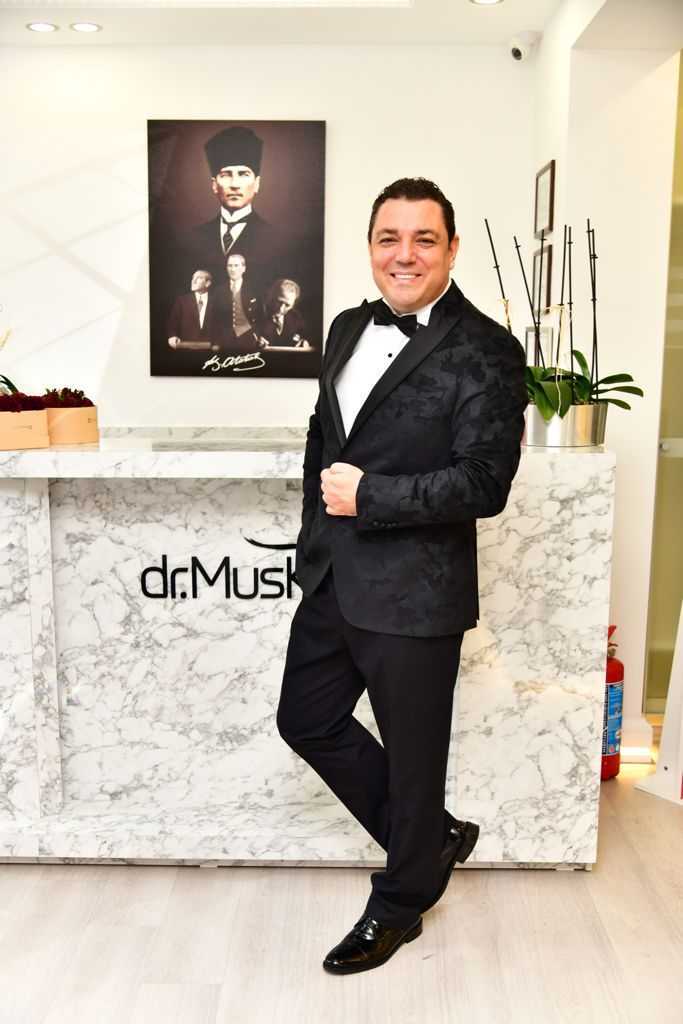 What is Penis Enlargement ?

Penis enlargement is a surgical operation that can help increase penile length and penile thickness.

Surgical treatments of penile augmentation, expressed as Penis Enlargement, penile lengthening, phalloplasty or penoplasty, can be performed with different techniques and treatment methods to increase the size of the penis.

How Much Does Penis Enlargement Cost?

What are Penis Enlargement Methods?

We can divide the penis enlargement methods into two non-surgical and surgical.

Am I a Good Candidate for Penis Enlargement?

Men over the age of 18 who believe that having a larger penis will make them feel better sexually and individually, psychologically complete, have a penis disproportionately small compared to the rest of their body, and have a medical condition that causes the penis to shrink may be suitable candidates for penis enlargement surgery.

Candidates for penis enlargement surgery also need to be in good health and have realistic expectations about possible outcomes.

Why am not I a Good Candidate for Penis Enlargement?

If your general health is not good, if you have an obsessive anxiety about penis length and width, which is expressed as “penis dysmorphophobia disorder”, these operations are not suitable for you.

Before having any kind of surgical intervention, you should think carefully, do a thorough research, and get your doctor's advice. Acting on feedback is very important.

What Should Be Considered Before Penis Enlargement Surgery?

Your doctor who will perform your penis enlargement surgery will give you a list of what you need to do beforehand or inform you.

These include ensuring adequate water intake, quitting smoking before surgery, stopping the use of anticoagulants such as aspirin, and making sure that you have realistic expectations about the results of the procedure.

How is Penis Enlargement Performed?

This procedure uses fatty tissue from other parts of the body to increase the size of the patient's penis. The patient's own fat, which is often taken from the abdomen by the liposuction method, is centrifuged with a special device and the part rich in stem cells is separated.

The prepared oil is transferred all around to the surface of the penis shaft, not into the penile shaft. When performed by a correct specialist, fat transfer to the thin area between the penile skin and the penis shaft does not cause erection problems or other problems in the future, because this region is not in the layer of blood vessels that provide erection of the penis.

Fat transfer to the penis does not change the length of the penis, it only thickens the penis. It is likely to appear longer, giving the illusion of being thicker. Most of the transferred fat tends to be absorbed by the body, since the penis is a mobile organ.

Since fat transfer to the penis is a repeatable treatment, the process can be repeated after an average of 4-6 months when it comes to melting.

The patient can be discharged on the same day by wrapping the tip of the penis open so that there is no toilet problem. It is often recommended to take a shower on the 3rd day.

This technique is reported to increase the length of the flaccid penis by 1 to 3 centimeters. In addition, since some men report that the rupture of the suspensory ligament makes it difficult to achieve penetration during intercourse, it may be preferable to keep 20% of these bonds to prevent them from cutting completely and becoming independent.

This operation, which is performed by cutting the suspensory ligaments in penis lengthening, is permanent and cannot be repeated. Since the tip of the penis is wrapped open, it is always necessary to meet the need for the toilet.

No problem will occur. The patient can be discharged on the same day. It is often recommended to take a shower on the 3rd day.

Penile prosthesis is a surgical procedure often preferred by men with erectile dysfunction. Penuma, a new generation device in the FDA approval process, is produced from medical grade silicone in a crescent shape.

Its purpose is to make the penis look longer and wider and it is produced in 3 sizes as large, extra large and extra extra large. To insert the Penuma, the surgeon makes an incision in the groin area, just above the base of the penis, and the device is inserted.

In this state, the device stretches the skin and tissues of the penis so that the penis looks and feels larger. In addition to the penuma, there are also prostheses used for the penis, which can be bent or hard density, popularly known as happiness sticks.

Hyaluronic acid-based dermal fillers, which are used to plump the lips and resolve skin wrinkles, can also be used to increase the length and thickness of the penis.

Often fillers such as Juvederm, Perlane and Restylane can be injected to enlarge the penis shaft. These non-surgical, non-surgical penile aesthetic treatments are temporary and may require multiple treatments to achieve the desired degree of enlargement.

These dermal fillers can be quickly dissolved and removed from the body if the treatment results are unsatisfactory, insufficient or no longer desired.

Dermal fillers used in penis enlargement have no effect on solving erectile dysfunction, that is, erection problems.

This treatment, which has become popular with the name Priapus Shot (P-Shot), is applied in many urology and aesthetic surgery centers in the USA and Far East countries, especially with the claim that it enlarges and thickens the penis.

There are also feedbacks that P Shot treatment, which is stated to be good for erectile dysfunction, also increases sexual satisfaction. P Shot therapy is often used in conjunction with penile vacuum devices.

There is a protocol for P Shot treatment to be applied for 6 months, once a month, for a total of 5 times. In the study presented at the World Congress of Sexual Medicine held in China in 2016, P-Shot was applied to 1220 patients who applied with a small penis and vacuum therapy was applied to the additional penis.

What Are Penis Enlargement Exercises?

It is stated that the use of traction devices can be beneficial, especially after a minimum of 3 weeks after the penis enlargement in which the suspensory ligaments are cut.

Since each doctor's approach is different, it is important for the patient to follow the recommendations of the surgeon performing the penis enlargement surgery.

What Should Be Considered After Penis Enlargement Surgery?

After these treatments and operations, which last less than 2 hours on average, there is usually no hospitalization, most patients can return home on the day of surgery.

It would be good for a relative to accompany the patient to take him home after the operation. After surgical procedures, redness, swelling and some pain can be expected for 2-3 weeks. In non-surgical penis enlargement procedures, this period is a few days.

Is Penis Enlargement a Painful Surgery?

The pain you will experience after penis enlargement can be controlled with painkillers. Patients state that cannula insertions for injection or fat transfer are felt more than the intervention to the penis.

What Is The Penis Enlargement Recovery Process?

Recovery times vary from patient to patient. Heavy lifting or physical work is not recommended for the first 4 weeks. Most patients can return to non-strenuous work within a few days. The healing process can be completed in 1 month in surgeries and 2 weeks in non-surgical treatments.

What Are the Risks of Penis Enlargement?

As with all surgeries, penis enlargement has risks. The use of anesthetic agents can cause nausea, vomiting, confusion, hoarseness, and fatigue.

In addition, treatments can cause pain, redness, swelling and loss of sensation in and around the penis. Infection and blood clot in the penile tissue are among the most undesirable risks.

It can result in a misshapen or curved penis as the results are not entirely predictable. If you have any concerns or problems

It is the best option for the patient to talk to his doctor and get information about all possibilities.

What are the Alternative Methods to Penis Enlargement Surgery?

Although there are alternative methods and techniques to increase penile length and penile thickness, their safety and effectiveness are still a matter of debate.

Penis extenders: These devices, which are referred to as penis traction devices, are said to extend the penis size up to 1.4 cm. However, it is underlined that this result can be obtained if it is done for a very long time and regularly. *

Penis vacuum devices: Although penile vacuum devices are often used to treat erectile dysfunction, they can damage the penile tissue.

Prepared according to BJUI data.

Did 50 Cent Get Penis Enlargement? Will The Case Be Dismissed?
735

You have selected the Turkey website in Turkish at https://yeniben.com/tedavi/penis-buyutme. This is a different site. You will be redirected. Do you want to continue?
Go Top