How many times have you looked at a celebrity and envied their beautiful features? We are sure there are many. Let's give you a secret, very few celebrities owe their beautiful and perfect facial features to genetics.

Many seek help from plastic surgery. Among the most popular and sought after plastic surgeries is rhinoplasty, popularly known as nose job. 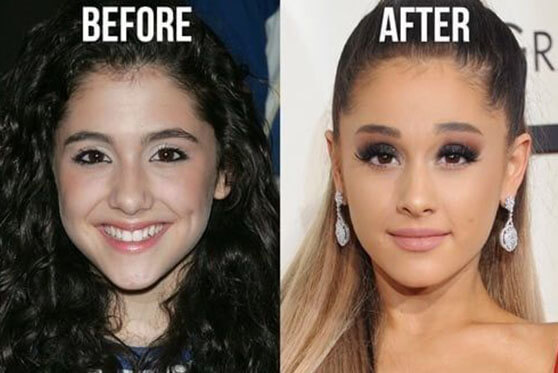 From Nickelodeon's hit show Victorious in 2010 to today, Ariana's looks have changed a lot. And we're not just talking about her hair and skin. Her nose has also changed over the years.

She now has a thinner and more elegant nose. Ariana Grande actually got rid of the harsh image of her appearance as a rhinoplasty. She looks like she got her eyebrows and lips done as well as rhinoplasty.

We can definitely count her rhinoplasty as one of the best celebrity nose surgeries. 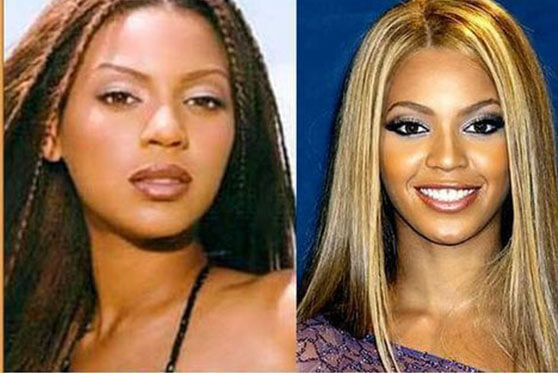 We've all witnessed Beyoncé's transformation from childhood to the present. We can now observe the subtle transformation taking place on her nose, which looks more refined than before.

Beyoncé's rhinoplasty is definitely different and among our favorites, as the transformation is so refined. 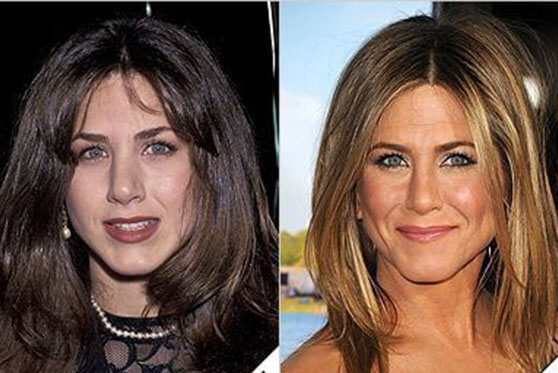 Jennifer Aniston chose to have rhinoplasty surgery quite early in her career. But it wasn't to beautify her appearance, she had it done to deal with her deviated septum.

But Jenifer Aniston's rhinoplasty made only subtle changes to the shape of her nose. 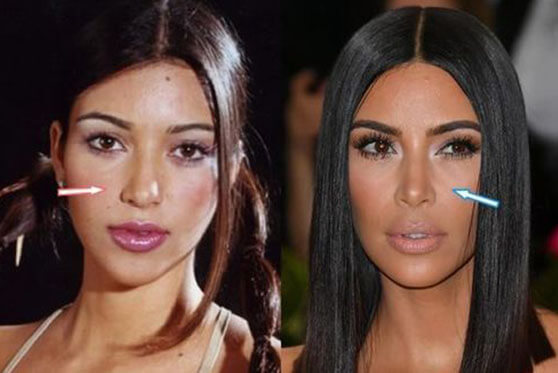 Kim Kardashian has undergone a complete transformation from her previous party time with Paris Hilton. Although she continues to deny that she has had rhinoplasty, a slight change in the shape of her nose that is not due to the contour can be seen.

On closer inspection, we think Kim Kardashian got rhinoplasty because her nose changed shape. It is a fact that along with her nose, her lips and eyebrows have also changed. 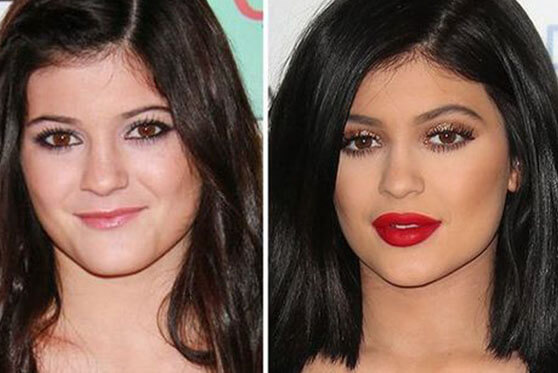 There are rumors that plastic surgery is the biggest reason for Kylie Jenner's transformation. Kylie Jenner got lip fillers and then quit during pregnancy.

Meanwhile, she built a beauty empire and became a self-made billionaire at the age of 21. She says she follows her sisters' advice when it comes to her own beauty rituals and routines.

When it comes to plastic surgery, she has definitely followed in the footsteps of Mama Kris Jenner and Sisters Kim and Kourtney. In our opinion, one of the best nose surgeries among celebrities and that helped her change her look. 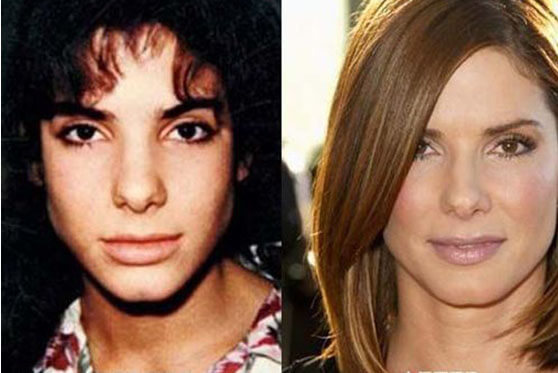 Sandra has repeatedly denied the plastic surgery rumors. These rumors often upset the actress very much.

It is now only up to speculation whether the change of her nose since her youth is a result of the natural growth process or medical intervention. 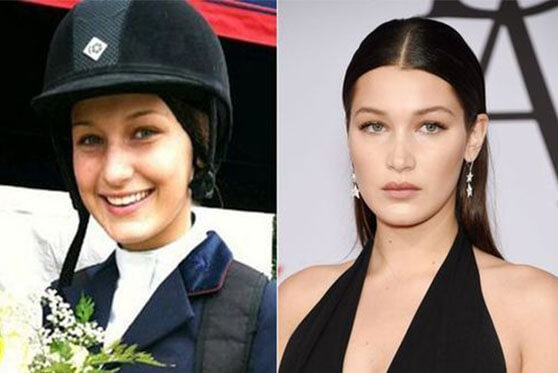 Bella Hadid is a successful model despite her battle with Lyme disease. Bella went from a simple girl next door who loves horseback riding to a super glamorous avatar.

What else has her nose changed? Gone are the days of cute round noses. Bella now has a thinner, defined and angular face. 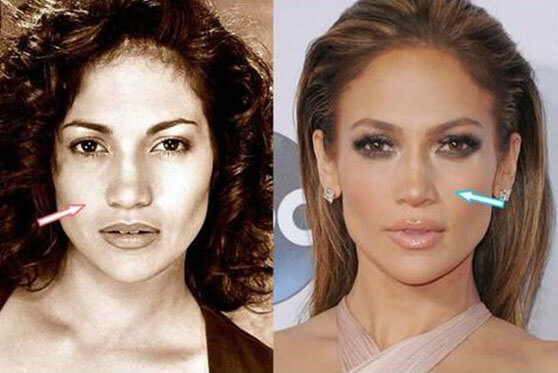 Jennifer Lopez denied the rhinoplasty rumors, but her denial wasn't enough to put an end to the speculation that continued to grow. Her nose looks thinner now.

And not only that. The size of the nostrils also decreased. Could it be olive oil thinning? 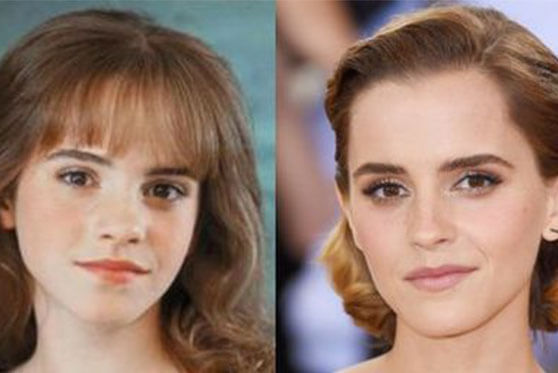 There are rumors that Emma Watson also had nose job. Emma's appearance has changed since she first started the profession, but whether rhinoplasty was part of these changes remains an unanswered question.

Maybe it's the normal growth process, or maybe it's the skilled hand of a surgeon. And if so, then Emma Watson rhinoplasty looks really subtle and natural. 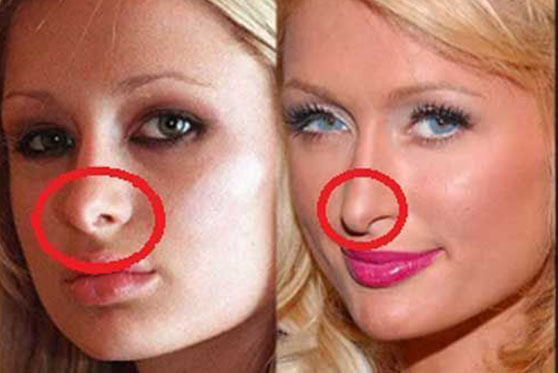 Famous party girl Paris Hilton, one of the most popular nose job of celebrities, had rhinoplasty twice. The first rhinoplasty was pretty unsuccessful.

But the second was better. Everyone loves the big change in the appearance of her nose.

You have selected the Turkey website in Turkish at https://yeniben.com/haber/burun-estetigi-en-cok-begenilen-10-unlu. This is a different site. You will be redirected. Do you want to continue?
Go Top